This guest post is by Linda Grounds, née Burkhardt. It arose from her observations while on vacation in Hawaii. – Louis

The view was breathtaking.

A code of silence, unwritten yet understood, quieted the tongues of the vacationing balcony dwellers. Stilled, in reverence to the ancient emerald cliffs crowned with rainbows. Hushed, so that bird songs floated above a soft ocean roar. Whispered, to preserve rare moments. A whale spouting, a pod of dolphin playing, a turtle shadow beneath the sparkling foam.

For 12 days the code was unbroken.

His voice was deep, commanding, and loud. Coming from the balcony next to ours, he was on speakerphone, booming and brassy. A tourist acting like a tourist. I creased my mouth and shook my head. How gauche. Glued to my balcony chair, I sat with nothing else to hear but his blustery conversation.

“This is someone who does this all the time,” my husband, who sat across from me, whispered. “He’s non-stop. Can’t stop working on vacation.”

Our next-door neighbors had just closed on some beach-side property, a condo. But, where? I couldn’t tell. Booming voice, I’ll call him, was very excited and thanked the man on the phone for helping get it done. The wife exclaimed notes of gratitude, yelling toward the speaker phone. The conversation continued, reviewing how many months it has taken, how impossible it looked, how it never would have happened without the help of mystery man on the other end of the line. Mystery man closes by saying they will celebrate soon and overlook the beautiful water from the new condo.

I sat. To myself, I said: “Here’s a rich fat cat, who is on vacation in Hawaii, and buying beach-side property … somewhere. He probably sees beaches all the time, which might explain his disregard for the sacred code of silence followed by the rest of us.” I excused myself, quietly reveling in righteous indignation, and went inside.

Some time later, I came back out on the balcony. Booming voice was still talking, but to someone different. Great. As I sat down, my husband whispered: “He’s dying of cancer, he’s on a wait list for a new liver.” If jaws physically drop, mine did. Chastened for my former response to the man next door, I listened. Speaker phone again. This time he was talking to a friend or as he said, “my brother from a different mother.” Evidently, the two of them are suffering from a rare and deadly genetic condition.

“How long do you have?”
“About a month or who knows.”
“What’s Sally say about it?”
“Oh, she is acting as though I have forever.”
“Well, we don’t know, do we? I’m here in Hawaii for a month. I thought one ‘last hoorah’ before I go back for an endoscopy. I have a bunch of tests lined up the week I get back.”

The two discussed their doctors, the good ones, the bad ones, and the home nurse who is “just like a daughter.” Tender words were exchanged with soft chuckles and intimate rapport.

Silence. I had just witnessed something equally as beautiful as the view.

“Be kinder than necessary, because everyone you meet is fighting some kind of battle.” – J.M. Barrie (Author of Peter Pan)

This is adapted from an email Mindy sent (8/14/2017) while on a trip from Missouri to Washington D.C. Between her (un)timely visit to Charlottesville and breakfast in Trump’s hotel, the content may interest more than the original audience (and she’s given me permission to post it). – Louis

Here are the highlights from our (Mindy, Josh, and friends’) time in Washington D.C. 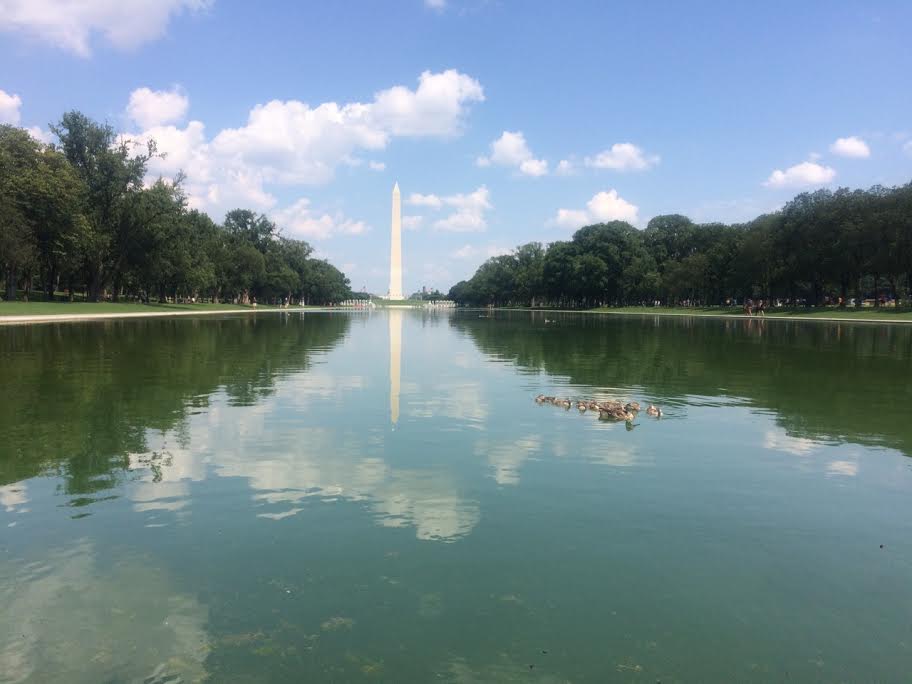 Before we went to D.C. we were in Charlottesville—I don’t have any pictures from it, but it was a really nice town with more cars than I prefer. Josh and I had a great time at a running store where a guy named Turtle sold Josh a new pair of runners and I really enjoyed hanging out with Sarah and Kyle and walking around and looking at the campus and shops and things.